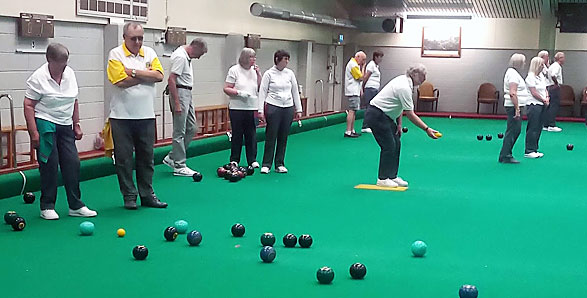 We are back with all
the usual suspects!

We are fully open for the Summer season with open play Tuesday afternoon and Thursday morning and afternoon, and two well attended Summer leagues on Tuesday morning (11 teams) and Wednesday evening (8 teams). Don't forget to log into the Bowlr microsite to check potential rink availability and league situation. Posters have gone up for a Summer mixed Aussie Pairs competition with cash prizes for the winner and runner up pairs. Sign up in the Club! 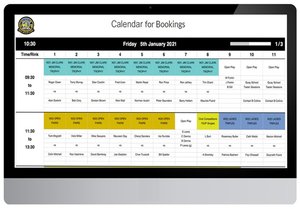 Introduction of the new system's features between now and into the new year:  introduction to the Bowlr system.

It is with shock that we have heard of the sudden passing of Mick Francis late Saturday, October 17th. A much loved Member, Mick was the Mens' Member Representative on the Bowls Committee for the past several years. His lasting legacy will be the hotly contested annual Ladies vs Mens Challenge Match which he was responsible for establishing. His Club contributions will be much missed.

It is with great sadness that we report the passing of Peter Shearing, one of our founding fathers. East Dorset IBC was Peter’s only indoor bowls club, having joined on January 10th, 1977, serving as an officer on both the Bowls Committee and Management Committee, as well as being an experienced, respected Umpire at Club and County levels. He often had a useful word that helped many new Cygnets progress.

Peter was a huge supporter of Hampshire, the Hampshire IBA County representative, a County Selector in the West Area for several years, and the 1995/6 season HIBA President. He reached 100 County matches – a rare achievement – including National Middleton Cup player 13 times, Denny Cup 1997/8 winning team and Over 60’s 2-rinks Winner 1997/8. Outside, Peter achieved runner up in the Bowls England National Championships (Mixed Fours).

Peter passed away peacefully, aged 88, at his sister’s; the funeral will be on October 21st (Family and invited guests only). All his fellow bowlers will sadly miss him and our thoughts are with his family at this sad time.